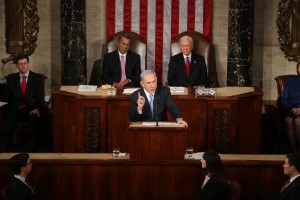 But there is a glaring contrast between the Purim story that happened long ago and the current events.  Benjamin Netanyahu argued that we should not really be sitting down with Iran at the negotiating table at all.  Esther, on the other hand, invited the enemy of the Jewish people, Haman, to sit down with her at the same table at a party with Achashveirosh.  Why did Esther invite Haman to the party?  What was she trying to accomplish? END_OF_DOCUMENT_TOKEN_TO_BE_REPLACED