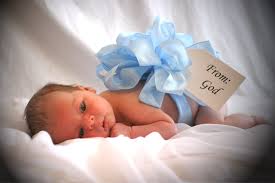 END_OF_DOCUMENT_TOKEN_TO_BE_REPLACED

The Greeks enacted a number of decrees in order to prevent the Jews from practicing Judaism and to encourage them to accept their hedonistic perspective. According to the Midrash, one unusual edict required all Jews to inscribe on the horn of an ox the words, “I renounce my relationship with the God of Israel.” The Midrash explains that this law in particular “darkened the eyes of the Jewish people”.

The Greeks outlawed keeping Shabbos. They forbade Brit Milah. They wouldn’t allow the Jews to study the Torah. Yet this requirement to write that they have no connection to the God of Israel is what finally “got to” the Jews. Why did they find this particular edict to be so unbearably harsh, so much more than the others? Surely the other decrees were far more severe and really struck at the core of Judaism more than this one. END_OF_DOCUMENT_TOKEN_TO_BE_REPLACED