In another few months, we will reach the holiday of Passover, celebrating our redemption from Egyptian slavery.  We will spend two long seder nights amid eight complete days thanking God for liberating us from the terrible oppression that we faced in Egypt.  But wait a second – who sent us down there in the first place?  Jacob and his children emigrate from Canaan (Israel) to Egypt in this week’s parshah, and the Torah is very clear that God wanted them to go.  As a matter of fact, two generations earlier God had already informed Abraham that his children would be exiled to Egypt and that it would be there that they would develop from just a family into an entire nation.  Why did we ever have to leave Canaan?  Why couldn’t we transition into nationhood in our own land?

Rabbi Samson Raphael Hirsch (1808-1888; Frankfurt, Germany) explained that had Jacob and his family stayed in Canaan, they would never have developed into a nation.  As the family grew, they would have merged with the surrounding population.  In order for them to become an independent nation and not assimilate, the Jews needed to settle in the midst of a nation whose very nature was at odds with the Jewish character – and that nation was Egypt.[1]

For this very reason, Joseph gave his brothers clear instructions that they be totally honest when answering Pharaoh’s inquiries regarding their occupation.  In Egypt, livestock were considered divine; thus, shepherds were considered loathsome.  One might have expected, therefore, that Joseph would not want his brothers to inform Pharaoh that they were shepherds.  On the contrary!  Joseph wanted to ensure that the Egyptians would want to keep the Jews at bay.  This would force the Jewish people to remain a distinct entity.

Rabbi Hirsch compared this benefit of living in Egypt to a positive outcome of the ghetto system that was common throughout most of Europe during the Middle Ages and even into the 1800s.  The fact that the various governments forced the Jews to live in designated areas guaranteed that we would remain a separate nation and not assimilate into the host country.

We are fortunate that in America, as well as in most of the modern world, Jews are granted the same rights as any other minority, or even the majority. 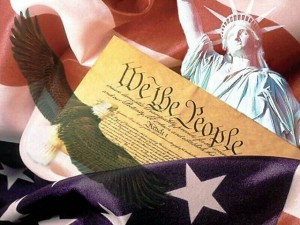 Though we may see occasional bouts of local anti-Semitism, in general we are in a better position socially than we have ever been since we were exiled from Israel by the Romans close to two thousand years ago.  This freedom, however, comes with tremendous risk.  We are facing greater assimilation rates than ever before.  One study predicts that by 2076 it is likely that the Jewish population in America will fall from the current 6.5 million to less than 1 million due to assimilation.[2]  In Europe, figures show a stunning 85% assimilation rate.[3]

Great freedom comes with even greater responsibility.  We must make sure that we use our rights to further Jewish causes and to develop greater Jewish identity and self-awareness.  Let us make sure that these liberties do not cause our ultimate downfall.

[1] This idea is also expressed by Rabbi Ovadia Sforno (1475-1550; Rome, Italy) in his classical commentary on the Torah.

[2] The Vanishing American Jew: In Search of Jewish Identity for the Next Century by Alan M. Dershowitz  More figures can be found in the recent Pew study: http://www.pewforum.org/files/2013/10/jewish-american-survey-full-report.pdf